In our investigative department, we offer many services to individuals, attorneys, and businesses. Services include, verifying peoples backgrounds, finding missing persons, surveillance, evidence collection and much more. Our investigators will methodically discuss the case with you and keep you up to date with our findings. We guarantee that your security and Investigative needs will be met.

Personal Protection most commonly known as Executive Protection refers to security measures taken to ensure the safety of VIPs or other individuals who may be exposed to elevated personal risk because of their employment, celebrity status, wealth, associations or geographical location. Executive protection is its own highly specialized field within the private security industry. VQuest Investigations (“VQuest”) and Protective Services personnel are elite executive protection professionals with specialized training in executive protection, driving, first aid, marksmanship, and are proactive, clean cut, intelligent and articulate.

Executive protection comes in the form of a security advisor who works one on one with a high-level executive or family member to ensure that safety concerns are being met. In some cases, executive protection is provided by a team of individuals who work together to identify who needs security and what possible threats there may be, and in other cases personal protection will take the form of estate or static security wherein the clients home and/or business is secured with on site personnel.

TRUST IN US, YOUR VISION IS OUR QUEST.

The VQuest approach to Personal Protection is strategically focused around four major tenets:

The VQuest team will identify what your executive protection needs are. Which individuals in your organization or family are at risk? What are the risks? Is there a potential for kidnapping? Do high ranking officers of the company or family go to dangerous places or interact extensively with the media?
Implement a protection plan for dealing with threats should they arise. Ensure that the staff of the company or family members who will benefit from executive protection recognize that the service is meant to keep them safe.
Arrange it so that the people to whom executive protection is assigned do not feel as though their personal space is being invaded and choose a protection system that will still allow them to feel as though they can still have a normal life. 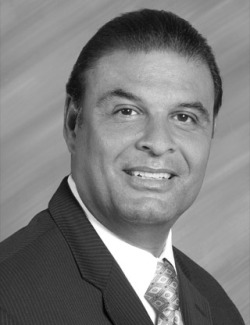 For over twenty years he served with the New York City Police Department and retired honorably in 2007. While in the N.Y.P.D he developed strategies and tactics to identify and combat trends in violent and non violent crimes. David was certified by US Department Of Homeland Security for successfully completing and meeting the requirements for Weapons of Mass Destruction incident complexities, ,Identifying potential terrorist, Hazard recognition, and emergency actions. During his tenure he received numerous awards and commendations for excellent police duties as well as being the recipient of N.Y.S Legislative Resolution No. 1912 issued by senator Ohrenstein for Outstanding Law Enforcement.